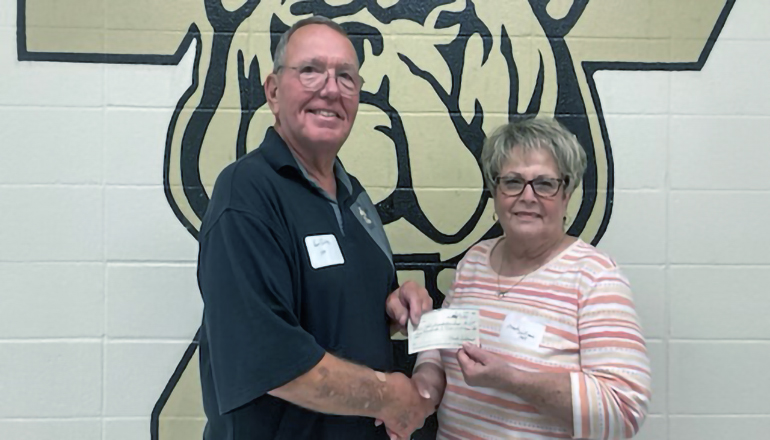 Although numbers were down in attendance, many individuals and classes celebrated THS Alumni Reunion weekend and, as always, had a great time.” Speaking on behalf of the THS Alumni Association, Secretary Steve Maxey reported COVID took its toll for the second straight year with many classes canceling while others shared “good participation.”

A Friday night mixer following the home football game saw an increase in attendance over last year, while the Saturday Open House and Sunday Brunch shared similar numbers, and neither were held during the 2020 weekend. Maxey says several classes have already announced plans to reschedule their canceled reunions next September, along with special reunions in the planning for the 2022 weekend. Several alums were appreciative of the tours of the new Performing Arts Center, and over 50 cars were entered in the first-ever car show. Jeremy Soptic, chair of the Car Show, relayed lots of enthusiasm from the competition and announced plans to present the Alumni Association $520.00 as earmarked proceeds from the event for the Alumni Association Scholarship Fund.

In a reorganizational meeting of the Foundation Trust for THS/Alumni Association, Kevin Bailey was elected President and Dr. John Holcomb as Vice-President. Holcomb has served as the President for over 20 years, and he and Bailey will change offices this year. Re-elected as Secretary and Treasurer were Steve Maxey and Katie Kinney, respectively. Holcomb was recognized for his many years as President.

The THS Class of 1965 presented the Association with a check for $500.00 for use in operations of the Alumni Weekend. In addition, board members voted to increase Association dues from $15.00 to $20.00 due to postage and printing costs for mailings and the “Alumni News.” Dues have not been increased since 2016.

Superintendent Mike Stegman discussed enrollment numbers, COVID challenges, and improvements made to the campus with Board members. He also shared projects being considered for the future, including CF Russell Stadium locker rooms and resurfacing of the track.

A general meeting was planned for Saturday, November 6th, with class representatives to plan the 2022 Labor Day Reunion.