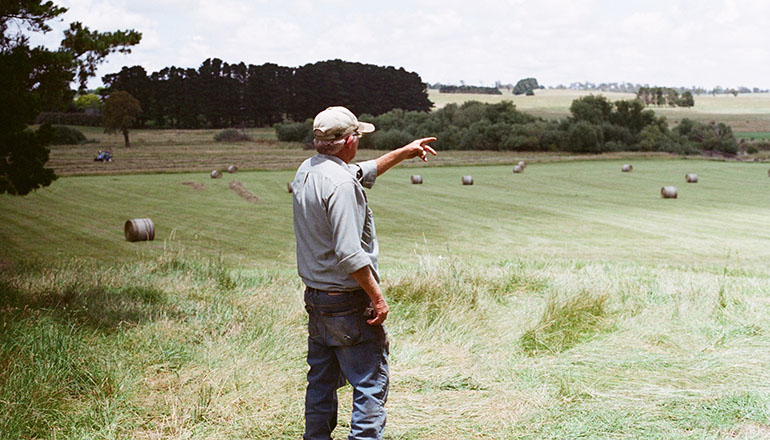 (Missouri Independent) – More than half of American farmers will reach retirement age in the next 10 years, but the steep price of entry to start a farm, along with rising input costs and volatile markets, make it tough for young and beginning farmers to take their places.

“Farming is inherently a risky business, but in the environment, we are in right now, that risk is elevated,” Nathan Kauffman, vice president, an economist at the Federal Reserve Bank of Kansas City in Omaha, Nebraska, testified at a U.S. House Agriculture Committee hearing Thursday.

The current financial outlook for farmers is particularly challenging.

Farmers face rising costs for not only farmland but also fertilizer, fuel, seeds, and chemicals. These rising costs are due in part to the war in Ukraine, strains on the global supply system, inflation, and severe weather.

Meanwhile, high crop prices that have buoyed farmers over the past year are expected to go down.

“Uncertainty about the outlook for the U.S. agriculture economy is high and will depend significantly on global factors, particularly the war in Ukraine and the strength of global economic activity,” said Kauffman.

Demand for farm loans is expected to rise notably, and capital expenditure is expected to decline in the coming months for the first time since 2020, according to Kauffman.

House lawmakers are looking for ways to mitigate some of these risks and support young and beginning farmers in the next farm bill, the sweeping legislation that will set programs and funding levels for farm and food support for the next five years.

“It is a national and very critical issue. And we must ensure that the next generation of men and women can take the place of those who are retiring from this grand occupation called farming,”  House Agriculture Committee Chairman David Scott, a Georgia Democrat, told his colleagues at the hearing.

“This is very critical to me. And credit is one of those tools that we must make readily available,” Scott said.

Aging farmers and the price of entry in the industry pose a challenge for U.S. agriculture.

A third of America’s 3.4 million farmers are over 65, according to the most recent agricultural census from the U.S. Department of Agriculture. The census was taken in 2017 and published in 2019.

At the time, nearly a million more farmers were within a decade of the milestone retirement age of 65.

The census found that 27 percent of farmers qualify as “new and beginning producers,” with 10 years or less of experience in agriculture. Most of those farmers have operations that are smaller than average, both in terms of acres and value of production, according to USDA.

Members of the House Agriculture Committee said they are particularly interested in whether young, beginning or underserved farmers have access to credit, so they can get started in the high-capital world of agriculture.“In any agriculture operation, one of the most critical relationships the farmer may have is with his or her lender. This is especially true for young and beginning producers. Farming is capital intensive,” said Rep. Glenn Thompson of Pennsylvania, the top Republican on the committee.

“The cost of entry is incredibly high and can act as a barrier to entry for these new agriculturalists trying to start or grow their farm operations.”

The Agriculture Department’s Farm Services Agency has an array of different loans available to farmers, including one targeted at young and beginning farmers.

But in practice, producers say the federal loan process can be laborious, slow and hard to access.

The struggle to obtain a loan can be especially acute for Black farmers, who can face racism and discrimination in applying for a loan, according to Dania Davy of the Alcorn State University Socially Disadvantaged Farmers and Ranchers Policy Research Center in East Point, Georgia.

Black farmers have reached out to her group for help when the Farm Services Agency recommended they use their credit card instead of a federal loan, or when loan delays put a generational family farm at risk.

“As we review the farm bill and prepare for the scheduled reauthorization, we must make use of the opportunity to prevent the looming threat of loss of Black farms, land, and livelihoods that has been institutionalized by racially disparate credit access,” Davy told the committee.

But she said even her success story highlights some roadblocks in the process. It took two months for her to get approval for her loan and there was no option for pre-approval before she identified land to purchase. In a competitive market, a landowner would likely move on to the next bidder rather than wait that long for a loan.

“Farmers easily lose out on potential properties by not being able to act fast, and I’ve known several farmers personally who have not been able to use FSA loans to purchase for this reason,” Asherman said.

Asherman has a three-acre certified organic vegetable and specialty cut flower farm with five employees, three full-time and two part-time — a business she runs with no off-farm income.

But the FSA loan process is geared toward much larger operations, and it was a struggle to prove the validity of her farm.

“Their expectation of what a farm would look like, what it would gross per acre, and what it could produce per acre was in a totally different realm from what my understanding was because they were really talking about a different kind of farming,” Asherman said.

The hearing was one in a series as the House Agriculture Committee ramps up its oversight work for the 2023 farm bill.

Hearings are set in Washington this month to examine farm credit, crop insurance, and forestry programs. Lawmakers plan to take their show on the road in August with field hearings slated in committee members’ districts across the country.

(Photo by Rebecca Ritchie on Unsplash)