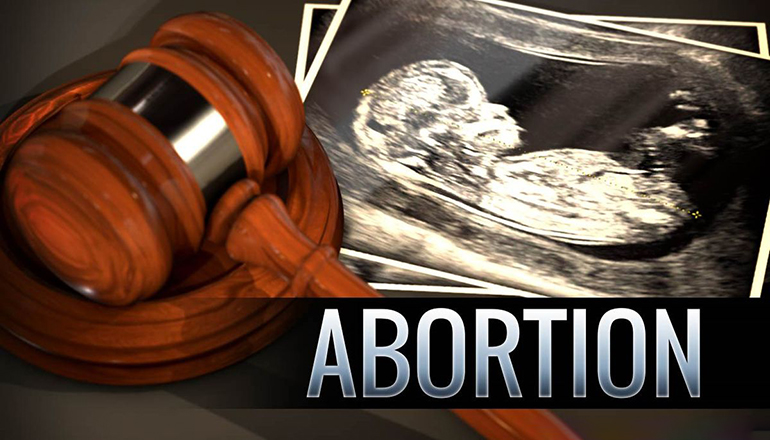 (Missouri Independent) – Claims made by campaigns for and against a constitutional amendment undoing Kansans’ right to an abortion look like descriptions of two different realities.

The Value Them Both amendment, according to proponents, reverses the state’s “nearly unlimited ‘right’ to abortion.” The campaign’s website says “every reasonable regulation of abortion in Kansas may soon be struck down.”

But abortion in Kansas is regulated. It’s restricted after 22 weeks of pregnancy. Parents must be notified if a minor seeks an abortion, and patients seeking abortions must sit through waiting periods and efforts to persuade them against the procedure.

“We all agree that abortion should be regulated like all other medical procedures,” Kansans for Constitutional Freedom, a coalition of abortion rights groups, says on its website. “And abortion is already heavily regulated in Kansas.”

While the vote will take place in Kansas, it will have a major impact on Missourians’ access to abortion.

Even before Missouri completely banned abortion, its restrictive laws resulted in only 167 abortions being performed in the state in 2020. Meanwhile, around 3,200 Missourians traveled to Kansas that year for an abortion.

In 2019, the Kansas Supreme Court ruled the state’s constitution protects the right to an abortion, establishing a precedent that abortion restrictions must be narrowly tailored and enjoining a law the justices determined unduly targeted the procedure.

“We do not want Kansas to become like New York or California, where abortions are allowed up to the moment of birth paid for with tax dollars,” says the website for the Value Them Both Coalition, which supports the amendment.

The Value Them Both Coalition says the amendment is about maintaining “reasonable” regulations on abortion, like parental consent, waiting periods and restrictions later in pregnancy.

Those already exist in Kansas, and while the coalition claims they will soon be wiped out, some experts and abortion rights supporters disagree and believe the amendment opens the door for Kansas to ban abortion.

“Even though it’s not itself a ban on abortion, I think it is fair to say that it’s almost certain that the Kansas Legislature would adopt very, very restrictive abortion laws as soon as the amendment passes,” said Richard Levy, a constitutional law professor at the University of Kansas.

When Roe v. Wade was struck down last month, Kansas’ neighbor to the east immediately banned abortion with no exemptions for rape or incest. Missouri’s state law is so vague one Kansas City hospital system stopped providing emergency contraceptives, like Plan B, for fear of prosecution. Health care providers aren’t sure how to interpret the Missouri law in cases of miscarriage, ectopic pregnancies, and other complications.

Abortion rights supporters fear the same will soon happen in Kansas if the amendment passes.

The Value Them Both Coalition and anti-abortion lobbying group Kansans For Life did not return requests for comment.

The Kansas Supreme Court ruled in 2019 that the state constitution protected the right to an abortion by extending the rights to “life, liberty and the pursuit of happiness” to Kansans.

The Kansas Constitution’s Bill of Rights “affords protection of the right of personal autonomy, which includes the ability to control one’s own body, to assert bodily integrity, and to exercise self-determination. This right allows a woman to make her own decisions regarding her body, health, family formation, and family life — decisions that can include whether to continue a pregnancy,” the court said in its ruling.

The ruling came in a case challenging a state law that banned “dilation and evacuation” procedures, a common type of second-trimester abortion that involves removing the fetus surgically rather than with an abortifacient drug.

Anti-abortion groups call D&E procedures “dismemberment” and oppose them on the basis that they believe fetuses can feel pain. But that is disputed and the subject of debate among medical professionals and researchers.

The court ruling set a standard that abortion regulations must serve a compelling state interest and be narrowly tailored to serve that interest, meaning regulations looking strictly to limit access to abortion would likely be unconstitutional.

And it shifted the burden to the state to prove abortion restrictions are constitutional if challenged. Normally, the burden is on the party challenging the rule.

Anti-abortion activists have grabbed onto the phrase “presumed unconstitutional” to tell supporters regulations will be wiped away.

“With that one Kansas state Supreme Court ruling, all of those limitations were presumed unconstitutional,” said Danielle Underwood, a spokeswoman for Kansans for Life, at a forum last week in Overland Park. “All of those were destined to be overturned, with that one ruling, wiping away all legal standing for those laws.”

The ruling did not automatically overturn existing policies, which include waiting periods, parental consent or restrictions on abortion after 22 weeks of pregnancy.

Someone would have to challenge those policies in court, and while Kansas’ ruling is in some ways broader reaching than Roe was, some of those restrictions were allowed under Roe, Levy said.

“Having the state constitutional protection has not ended mandatory consent. It has not ended ultrasounds or any other part of our care,” said Emily Wales, president and CEO of Planned Parenthood Great Plains. “What it has prevented, though, are targeted regulations specifically at abortion that limit access.”

Laws requiring parents to be notified if their child seeks an abortion and restrictions on abortions late in pregnancy would likely be upheld, Levy said. Informed consent laws and waiting periods might be at risk depending on how they are written, he said. Narrowly crafted ones would have a better shot.

Levy said some states have required information in their informed consent statutes that is misleading or inaccurate.

“I know in some states, for example, they require ultrasound images, and even transvaginal ultrasound images have been required, which are pretty invasive,” Levy said. “It’d be hard to argue those are necessary or narrowly tailored.”

Levy said laws limiting abortion could be at risk under the Kansas Supreme Court decision.

“​​​​But I don’t think it’s true to say every law regulating abortion would be swept down,” Levy said.

Sharon Brett, legal director of the ACLU of Kansas, said most restrictions would remain legal under the Kansas Supreme Court decision.

“The idea that if this amendment fails, all of a sudden, abortion is going to become a completely unregulated industry in Kansas is completely false,” Brett said.

She said the talking points from the Value Them Both Coalition that abortion will become unregulated in the absence of the amendment are false and dangerous.

“What we know, though, is that if the amendment passes, extremely restrictive legislation will follow in its wake — legislation that is far more restrictive than anything we have on the books right now, and that is the goal of passing this amendment,” Brett said.

But he said if the amendment passes, there is “nothing to stop you from completely eliminating abortion services.”

“There is every reason to believe just on the basis of their statements that the Republican leadership in Topeka are quite willing to go the same route that Texas, that Mississippi, that Oklahoma, that Missouri, that many other states are going or have contemplated going,” Fox said.

The constitutional amendment on the Aug. 2 ballot does not ban abortion.

“Every chance I get, I’m trying to make it clear that we’re not banning abortion, that if you have an ectopic pregnancy or miscarriage, it is not considered an abortion in the Kansas statutes,” said Rep. Susan Humphries, R-Wichita, at the Overland Park forum.

Matt Schlapp, chairman of the American Conservative Union, said people are spreading “this idea … abortion will be banned from coast to coast. That is untrue.”

But just as the fall of Roe opened the door for Missouri and other conservative states to ban abortion with few exceptions, the amendment would open the door for the Kansas Legislature to pass severe restrictions.

And Lori Chrisman, a now-former regional director for the Value Them Both Coalition, admitted to a crowd in Reno County last month that the group has legislation ready to ban abortion if the amendment passes, according to an audio recording obtained by Kansas Reflector.

In the recording, an unidentified man in the audience asks what happens if the amendment passes.

The bill in question, offered by Rep. Trevor Jacobs, R-Fort Scott, was introduced during this spring’s legislative session but didn’t receive a hearing or vote. It would criminalize all abortions from the moment of fertilization until birth, establishing a felony on par with murder.

There are exceptions for miscarriages, stillbirths, and ectopic pregnancies, but not for rape, incest or saving the life of a pregnant patient.

Kansans For Life distanced itself from the legislation when it was introduced in March, and Mackenzie Haddix, a deputy spokeswoman for the Value Them Both Coalition, said Chrisman is no longer with the organization and didn’t speak on behalf of the coalition.

Kansans For Life spokeswoman Danielle Underwood didn’t respond when asked whether the organization would support Jacobs’ bill if the amendment passes in August.

Gov. Laura Kelly said during an appearance Monday on KCUR that she believes passage of the constitutional amendment will lead to a ban on abortion.

“I have no doubt that that is where the Legislature wants to go,” Kelly said in response to a question about the Kansas Reflector report on the Reno County meeting.

“Folks who were working on the constitutional amendment made it very clear they want to resurrect a House bill that would be a total ban,” she said. “No exceptions — not the life of the mother, not rape and incest. You know, a 10-year-old girl who was raped would be forced to deliver or go elsewhere.”

Wales said the possibility of a ban isn’t hypothetical, pointing to both Jacobs’ legislation and Missouri.

“We’re not talking about a future dystopian state,” Wales said. “This is coming if Kansas passes the amendment.”