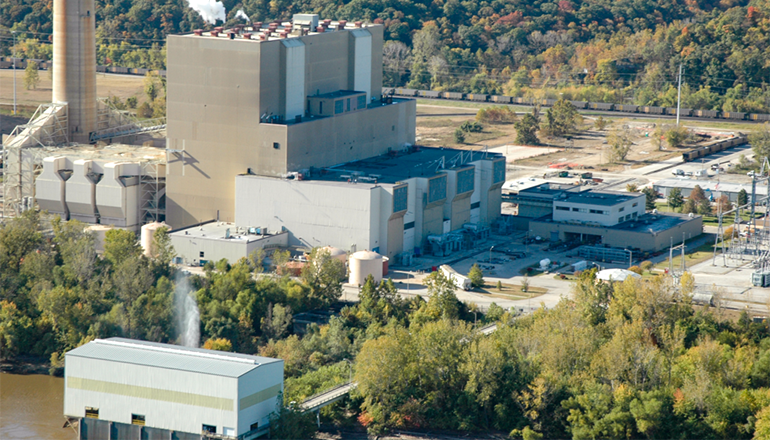 The St. Louis-based electric utility announced late last year that it would retire its Rush Island Energy Center in early 2024 after a federal court found in 2019 that the plant violated the Clean Air Act.

But shuttering the coal plant requires ensuring the grid still has enough power, especially during summer and winter peaks. The company said it needs the power plant during extreme cold, like the cold snap that forced outages in the Kansas City area in early 2021.

“We need Rush Island to cover that load currently, so there will be a gap to address when Rush Island retires,” said Andrew Meyer, director of corporate analysis for Ameren.

Meyer was updating the Missouri Public Service Commission, which regulates the state’s utilities, on the court proceedings and reliability issues around Rush Island. Meyer said to help meet winter peaks, Ameren is studying restarting equipment at its Peno Creek Energy Center to run on natural gas or fuel oil. It could also install technology at Audrain Energy Center to run on multiple types of fuel.

Rush Island has been the subject of controversy for years. The two-unit coal plant situated on the Mississippi River south of St. Louis was completed in 1977. It was just old enough not to be grandfathered into a Clean Air Act update that required pollution controls on coal units built after 1977.

In 2019, U.S. District Court Judge for the Eastern District of Missouri Rodney Sippel ordered Ameren to obtain a permit, install scrubbers and meet standards for sulfur dioxide emissions. That ruling was upheld by the 8th Circuit U.S. Court of Appeals.

Instead, Ameren announced in late 2021 that it would simply shut down the plant. In a federal court filing, Ameren said retiring Rush Island early would be more beneficial to the environment than installing scrubbers and environmental advocates had pushed the utility to do so.

But the Midcontinent Independent System Operator, the regional grid Ameren belongs to, indicated shuttering Rush Island may harm the reliability of the grid. It said in a report Ameren then filed in a federal court filing that Ameren should not shutter Rush Island until it completes some transmission upgrades.

When Ameren announced it would retire Rush Island rather than install pollution controls, environmental activists hoped it wouldn’t make up for the lost power by burning more fossil fuels.

The Sierra Club’s Andy Knott said at the time that Ameren should not consider replacing Rush Island with fracked natural gas because of rising costs and the potent polluting effects of methane, one of the primary components of natural gas.

“This is a major decision point for whether Ameren Missouri will act on climate which it acknowledges is due to human activity, or whether it doubles down on fossil fuels in spite of the science it says it supports,” Knott said in December. “To that end, Ameren Missouri executives should work vigorously to retire its coal fleet before 2030 to mitigate the worst impacts of our changing climate.”

Rajiv Ravulapati, a Missouri organizer with the Sierra Club’s Beyond Coal Campaign, said in a statement that rapid investment in clean energy would be better than “relying on volatile gas during extreme weather events.”

“It’s surprising to hear Ameren say it will rely on gas if we experience another massive freeze like Winter Storm Uri considering the widespread failure of gas and skyrocketing prices on utility bills,” Ravulapati said.