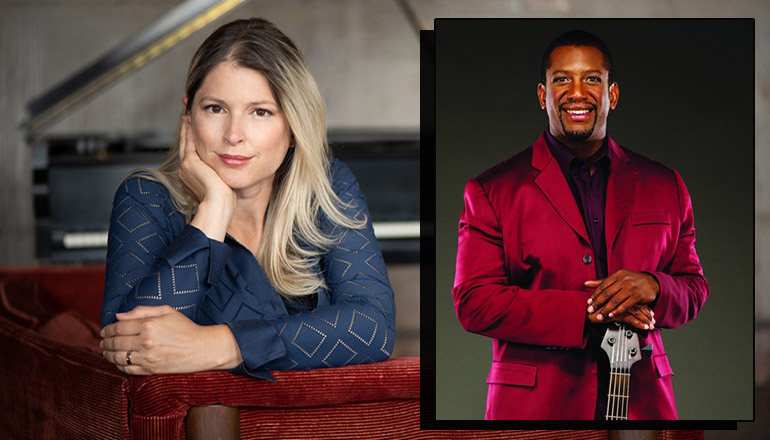 Cooperwood has spent the last 35 years performing music and entertaining people all over the world. His performances include almost 10 years with Cirque du Soleil as a keyboardist, bass guitarist, and backup conductor for its “Dralion” show. He has also had multiple appearances on “The Tonight Show with Jay Leno” and “Musique Plus” (Canadian MTV) in Montreal.

Daughtery will perform the second half of the concert. She is a pianist, conductor, musical director, recording artist, composer, and arranger who loves making all kinds of music. Her most recent album “Bring Joy” earned a four-star review from Downbeat Magazine. She has performed with touring Broadway productions including “Jersey Boys,” “Motown the Musical” and more, as well as concert specials for PBS with Under the Streetlamp.

In lieu of in-person events, Truman’s Kohlenberg Lyceum Series is offering online presentations at no charge. The concert will be available at 7 p.m. Feb. 2 with free access at lyceum.truman.edu. It will also be broadcast in Kirksville on Sparklight channel 56.

One of Truman’s oldest traditions, the Kohlenberg Lyceum Series provides a unique opportunity to broaden the cultural experience for students and the community by bringing well-known speakers, dance troupes, musicians, and other performers from all parts of the world to the Truman campus. The year’s season, “There’s No Place Like Home,” will feature a showcase of Truman alumni and student talent. More information, including a schedule of events, can be found at lyceum.truman.edu.