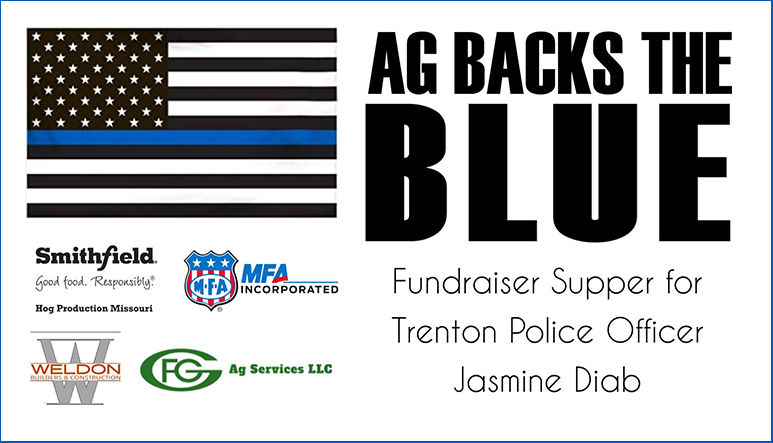 A fundraising benefit will be held Friday, June 28, 2019, in Trenton for Police Officer Jasmine Diab who’s recovering from a gunshot wound she sustained in the line of duty on June 14th.

The fundraising event is called “Ag Backs the Blue” and is a cooperative effort involving Smithfield Hog Production of Missouri, MFA Incorporated, Weldon Builders and Construction, and GFG Agri Services.

The grilled pork loin meal will be offered Friday, June 28th from 4:30 to 6:30 at the Grundy County Courthouse, at 7th Street across from the Trenton Police Department. The meal is eat and pay what you want, with all proceeds going to support Officer Diab’s recovery.

Jasmine Diab has had three surgeries since the shooting, the most recent involved the removal of the bullet that had lodged in her hip. A friend of the police officer told KTTN that the next scheduled event is to transfer her to a rehab center before she can return home to Trenton.

A GoFundMe account has been set up by a friend and co-worker to assist with expenses after Diab leaves the hospital and rehabilitation center.