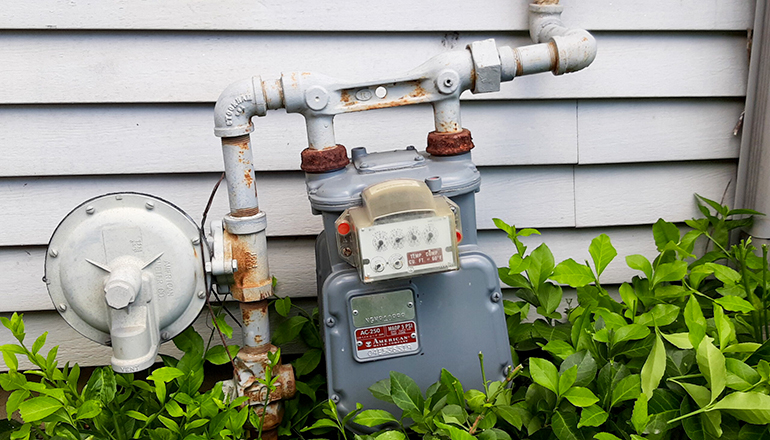 (Missouri Independent) – Penalties that Spire Missouri issued to suppliers who failed to provide natural gas during a February cold snap that forced power outages across the Midwest could drive bills for hospitals, schools, and businesses to astronomical levels, according to a trio of complaints pending before state regulators.

During the worst of the cold snap in February, which saw average temperatures in Kansas City fall below 15 degrees for 10 days, natural gas prices shot up to record levels and utilities scrambled to keep customers’ heat on.

Several companies that use Spire’s network to deliver gas to large customers failed to acquire their supply, meaning Spire had to step in or risk running out of gas for its residential customers across huge swaths of Missouri.

In total, Spire has notified three companies they owe, combined, more than $195 million in penalties. The companies — Clearwater, Constellation, and Symmetry Energy Solutions — all provide natural gas to large-scale customers using Spire’s distribution network. They are responsible for purchasing the energy their customers, including hospitals and schools, use and balancing it with how much those customers use each month.

According to Spire, during the cold snap, all three fell short, forcing Spire to step in and purchase the necessary gas itself.

But the companies claim the penalties are too steep. All three have filed complaints against Spire with the Missouri Public Service Commission. Spire has sought unsuccessfully to have all three complaints dismissed, but the PSC has voted to let all three move forward, including Clearwater’s on Wednesday.

At the same time, Spire is suing all three companies in federal court to recover the penalties it says they owe.

In Kansas, the largest natural gas utility is taking the opposite approach.

Kansas Gas Service filed with the Kansas Corporation Commission asking that the state’s regulators let the company forgo a multiplier in its penalty calculations and recover only the cost of gas it had to acquire to make up for failures by its large-scale customer suppliers.

Temperatures across much of the U.S. dipped so low for so long in February that utility companies — both natural gas and electricity providers — took steps to conserve power in an effort to avoid uncontrollable outages.

In the case of the electrical grid — which relies on a mix of energy sources including natural gas, coal, wind, and solar — drop-offs in natural gas power contributed greatly to electrical shortages that forced shut-offs by the Southwest Power Pool, which supplies electricity to utilities in Kansas and large swaths of Missouri.

Neither Spire nor the Kansas Gas Service had to curtail residential customers’ natural gas. But KGS asked large customers to scale back so the company didn’t have to shut off gas to homes.

During those periods, suppliers that use KGS’ system to bring gas to large customers fell short of their obligations to provide enough natural gas to the system to balance their customers’ usage, which KGS said in its filing “jeopardized the ability of Kansas Gas Service to provide service to all of its customers.”

“Had the company not been able to acquire additional gas supplies, unplanned outages may have occurred,” it said.

In Missouri, Constellation, Symmetry, and Clearwater all said in their filings that they had made Spire whole for any Spire gas used by their customers by the end of February. And all three dispute Spire’s claim that the integrity of its system was jeopardized.

“Southern Star thus recognizes that it is inequitable to charge OFO penalties in this situation, yet Spire has insisted that these penalties, calculated in an identical way and based on the same weather event, should be paid by its own customers, some of which would have been subject to the Southern Star OFO penalties,” Constellation said.

In a statement, Spire spokesman Jason Merrill said the penalties have been set forth in policy for years. Only the PSC, he says, can waive them. But he said the three companies haven’t paid any of the additional gas charges, let alone the penalties.

“Spire needs to recover these amounts in order to discuss a potential partial waiver of … penalties,” Merrill said.

So far in Missouri, advocates for residential customers and large businesses have not submitted any filings in the cases, but David Woodsmall, executive director of the Midwest Energy Consumers Group, said Spire should at least be reimbursed for the costs it incurred to fill in for the natural gas shortages.

It’s important that end-use customers, like hospitals and schools, don’t pick up the tab, he said.

He mentioned Symmetry in particular, which makes up more than $150 million of the more than $195 million in penalties Spire has issued.

“Symmetry is the bad actor here that didn’t put gas into the system, so if penalties are imposed, those penalties should be picked up by Symmetry,” Woodsmall said.

Merrill said Spire is required to bill companies like Symmetry, Constellation, and Clearwater for the penalties, but that end users “bear the ultimate responsibility for these charges” and could have to pay if the companies don’t.

“We’ve been very clear with the Commission that collecting penalties from end-user transportation customers is a last resort,” Merrill said. “Our federal lawsuits seek to collect these tariff penalties from the marketers who failed to perform and provide gas for their customers during the winter storm event.”

If Spire does recover the penalties, the money will “go straight back to our customers to partially offset any increase in bills due to the winter storm.”

In Kansas, the Citizens’ Utility Ratepayer Board, which represents the state’s residential and small commercial customers, opposes KGS’ move, pointing out that KGS did not provide specific cost figures. In a statement, KGS said that information is confidential.

The board invoked KGS’ claim that charging the penalties to large-scale customers could bring in a “windfall” of money offsetting bills of smaller and residential customers.

“CURB will not stand idly by while KGS proposes that some of the actual cost of gas procured by Kansas Gas Service to meet the usage of the (transportation) customers who did not comply … be borne by KGS residential and small commercial customers,” its filing says.