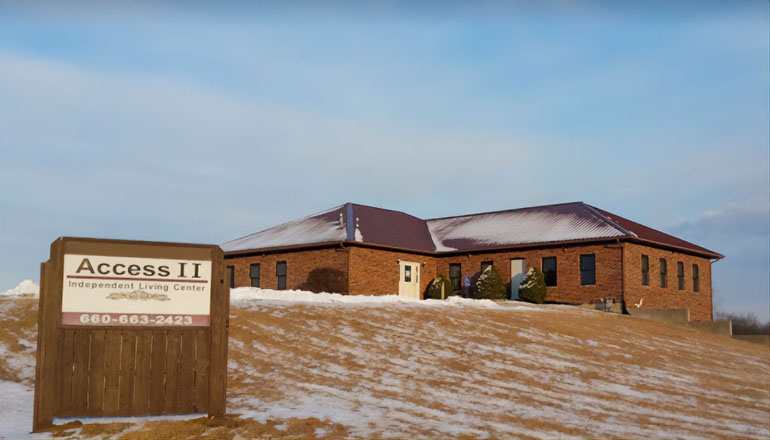 The Consumer Directed Services program allows eligible individuals with disabilities to control their own personal care and remain independent in their own homes. This Medicaid program serves over 40,000 Missourians with significant disabilities and Access II has served 130 people on this program in the last year.

During this current legislative session, Governor Parson has made two recommendations to cut this program by millions of dollars. The proposed cuts are coming at a time during the pandemic when healthcare is of the utmost importance, and also at a time when the State is seeing unprecedented funds streaming into the State for the very purpose of helping Missourians remain safe and healthy in their own homes.

Tonya Arndt, a 34-year-old college graduate who resides in Trenton, Missouri is very concerned about the proposed budget cuts and how they will impact her daily life. “These types of budget cuts force people like myself into long-term care facilities which not only strip the individual of all their independence, but also the ability to work, and any chance of having a healthy, active social life. Facilities also cost the state more money to provide the same services,” said Arndt.

Tonya became a quadriplegic at age 17. Tonya works in her local community and pays a premium to the state of Missouri that allows her to maintain the assistance of her personal care attendants. “CDS allows me to live in my own home and maintain the independence to choose who and when someone comes in to assist me with my care,” said Arndt. “This allows me to work, be actively involved in my community, and spend time with my friends and family. Being forced out of our homes where we can’t even decide who helps us bathe, or when or what we eat, should not be an option when programs like CDS exist and work effectively.”

According to the Covid Tracking Project, less than 1% of America’s population lives in long-term-care facilities, but as of March 4, 2021, this tiny fraction of the country accounts for 34% of US COVID-19 deaths.

“This past year communicable diseases within facility living have jeopardized the health and safety of many of our elderly, and people with disabilities who were forced to live in Institutions,” said Heather Swymeler, Access II Executive Director. “CDS allows a more affordable and safe option.”

It will be challenging for Access II and other Centers for Independent Living to provide these vital services with the proposed cuts.

“I am frustrated and outraged that the proposed cuts demonstrate a complete lack of understanding of the importance CDS plays in the lives of people with disabilities. Jeopardizing peoples’ option to continue living in their own homes when the State is experiencing a positive budget is embarrassing,” said Jim Ruedin, Executive Director of Delta Center in St. Peters Missouri.

Access II is urging Missouri State Legislators to step up and prevent these cuts from taking place.  Missourians with disabilities deserve to have these necessary services so they can remain in their own homes.

Access II Participant: Tonya Arndt is a 34-year-old, college graduate that resides in Trenton. She enjoys being outdoors, attending concerts, and cheering on her nieces at their sporting events. She started using Medicaid in 2005 when she moved part-time to Maryville to attend Northwest Missouri State University just one year after becoming a quadriplegic at the age of 17. Tonya has found an interesting and challenging job as an Intelligence Officer at Daviess DeKalb Regional Jail. She also does speeches for ThinkFirst, a national brain, and spinal cord injury prevention and awareness organization, and works part-time at Ketcham Community Center. Tonya has been receiving services with Access II for the past 14 years.