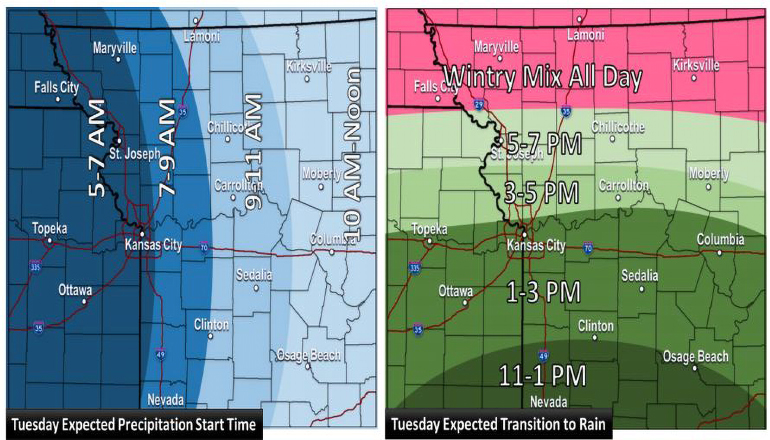 The National Weather Service in Pleasant Hill, in a late afternoon update, has now presented a timeline for the wintry weather that will move into northern Missouri Tuesday.  In the same update, they have also expanded the Winter Weather Advisory to include all counties north of Highway 35 with the exception of Lewis, Marion, and Shelby counties in eastern Missouri. The Winter Weather Advisory will extend from Noon on Tuesday, to 6 am on Wednesday, December 30. 2020.

At this hour (8:00 pm) the National Weather Service is uncertain as to how far north the rain/mix line will extend, however, the wintry mix is expected to continue for far northwest Missouri through early Tuesday evening.  There is the potential to briefly transition back to a wintry mix on Wednesday morning and afternoon, however, no additional accumulations are expected on Wednesday.

Tonight: A slight chance of snow after 5 am. Increasing clouds, with a low around 25. Light and variable wind becoming east 5 to 8 mph after midnight. Winds could gust as high as 18 mph. Chance of precipitation is 20%.

Tuesday Night: Freezing rain before 8 pm, then rain between 8 pm and 5 am, then rain and snow likely after 5 am. Low around 29. Southeast wind 6 to 15 mph becoming west northwest after midnight. Winds could gust as high as 22 mph. The chance of precipitation is 90%. New ice accumulation of around 0.1 of an inch possible. Little or no snow accumulation expected. 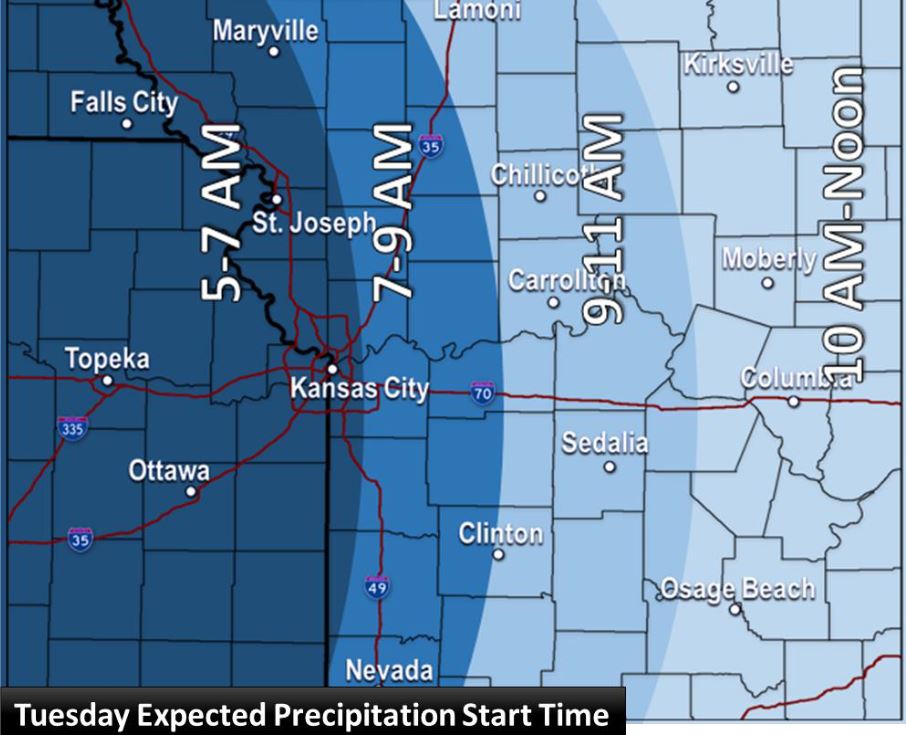 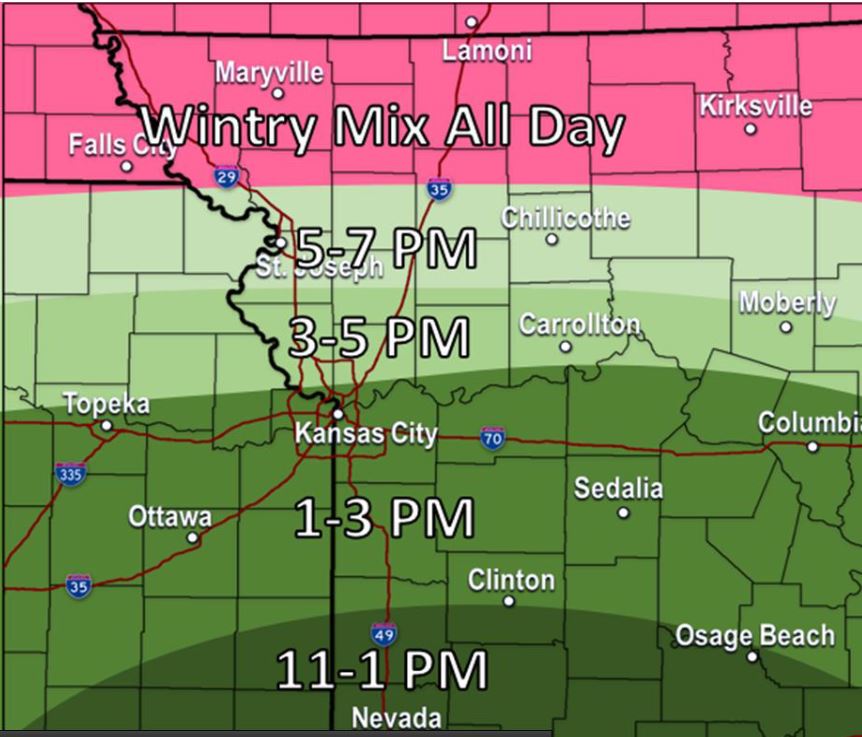