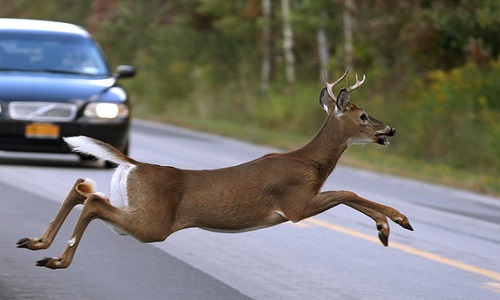 The highway patrol reports a 14-year-old boy from Laredo was taken to a hospital after the vehicle he was a passenger in, swerved to avoid a deer on Highway 6 at the edge of Jamesport at 5:15 pm Sunday.

Fifty-seven-year-old Gary Carman of Hamilton was driving eastbound when the sport utility vehicle swerved because of a deer on the road. The SUV went off the south side of Highway 6 and overturned coming to rest on its top.

Carman wasn’t hurt and the teenage boy, who received minor injuries, was taken by emergency medical services to Wright Memorial Hospital in Trenton.

The name of the youth was not released by the highway patrol due to his juvenile status.

The SUV was demolished and both occupants were using seat belts.