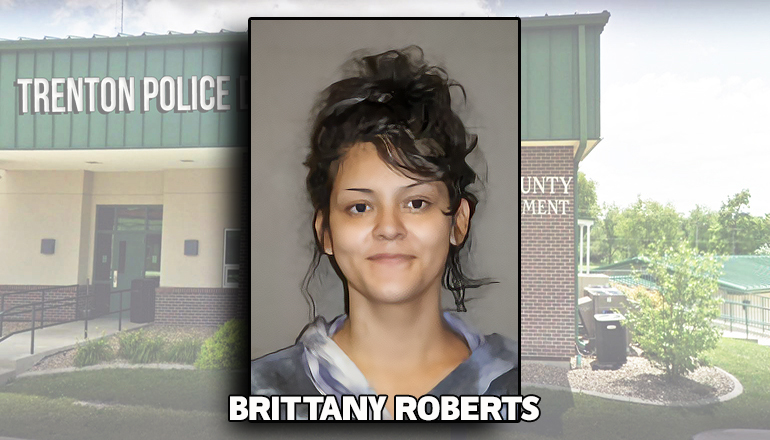 A Trenton woman has been extradited from the Jackson County Detention Center to Grundy County after allegedly failing to obey a judge’s order.

Twenty-two-year-old Brittany Nicole Roberts was arrested on November 17th. Her bond is $10,000 cash only, and she is scheduled for the Associate Division of Grundy County Circuit Court on November 23rd.

Her original charges were felony tampering with physical evidence in a felony prosecution and felony unlawful possession of drug paraphernalia involving amphetamine or methamphetamine.

Court documents say Roberts was released on her own recognizance by a bond in the amount of $5,000 and was out on bond supervision with the North Missouri Court Services. She allegedly has tested positive for methamphetamine, admitted to the use of Ritalin without a prescription, and failed to report October 4th.