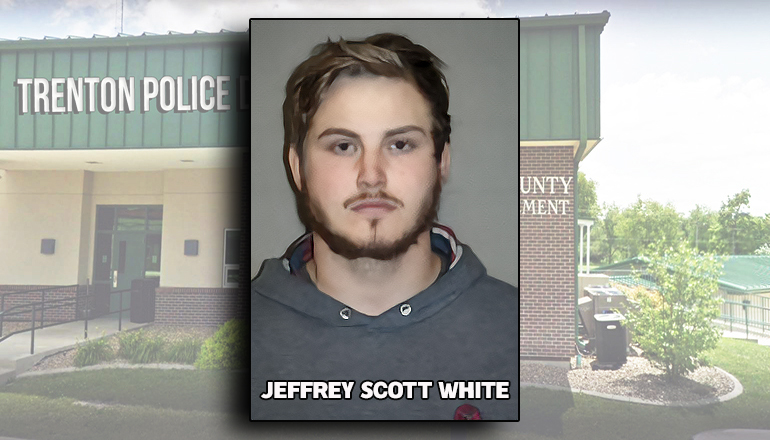 Trenton Police made an arrest stemming from an altercation with an officer on Saturday, November 27, 2021.

Twenty-three-year-old Jeffrey Scott White of Trenton is charged with 3rd-degree assault of a special victim, resisting or interfering with an arrest for a felony, and peace disturbance. Bond was set at $7,500 with White scheduled to appear December 14th in the Associate Division of Grundy County Circuit Court.

White is specifically accused of spitting at the face and mouth of Police Sergeant Keith Edmonston. While police were attempting to make an arrest, White is accused of using and or threatening to use physical force and resistance in an alleged attempt to escape custody.

Regarding the peace disturbance, White is accused of causing alarm to others.