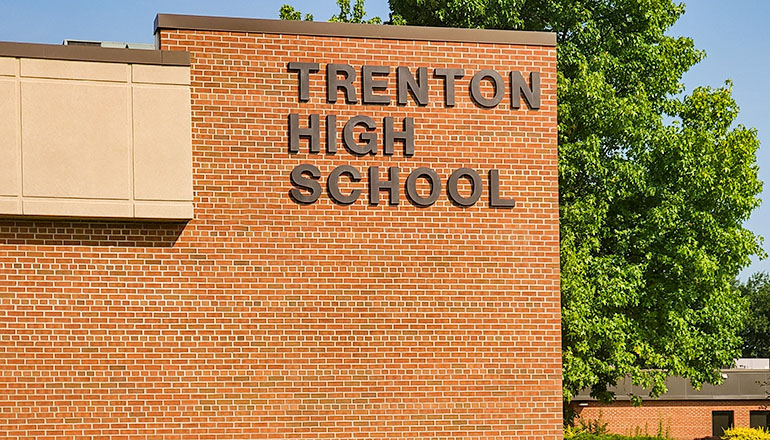 The Trenton High School Marching Band season concluded with some awards and honors for the student musicians. Information was provided by THS Director of Instrumental Music, Anthony Webb.

Honored for outstanding performance at each grade level was Brady Tobias among freshmen; Victor Markell for the sophomore class; Gabriel Gamble among juniors; and Donnie Gilbertson for the senior class.

THS students auditioned for and made the top honor band in the All-District Band. Marianne Atup and Trager Leeper on flute; Connor Campbell with clarinet; and Shayla Chapman on bass clarinet. The four students are eligible to audition for the All-State band on December 4th.

On November 15th, Trager Leeper participated in Truman State University Honor Band and was first chair trumpet. Several THS students auditioned and were selected for the North Central Missouri Bandmasters Association Clinic Band. Chosen for the honor were Marianne Atup on Flute; Trager Leeper with Trumpet; Shayla Chapman on French Horn; Nick Smith on Baritone; Connor Campbell with Bass Clarinet; and Lydia Leininger with Percussion. That concert is tonight at 7 pm with doors opening at 6:30 at the Gary Dickenson performing arts center in Chillicothe.

The THS winter band concert is on December 21st at 7 p.m. Community members are invited to attend. To be featured are various traditional Christmas Carols, The Nutcracker, I Want a Hippopotamus for Christmas, Greensleeves, and a special song about Krampus.