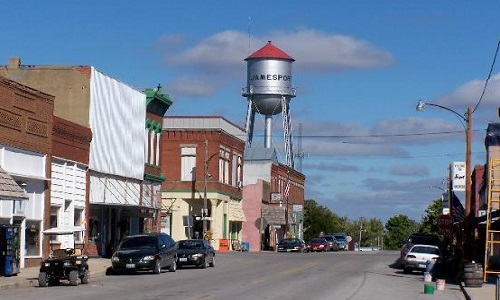 Misty Scott asked if the city would allow the old fire station building to be used again for the annual Christmas festival in Jamesport on November 26th and 27th. Mayor Dana Urton told Scott the festival was welcome to use the facility.

Timeless Treasures Owner Diana Lloyd voiced her concerns about a hole near the street on her neighbor’s property. She said there were four other holes along South Grant Street near her store.  Lloyd also shared a concern about the placement of a stop sign. The council discussed eliminating parking along the south side of Auberry Grove in an attempt to make it easier to place and see the sign, but no motion was made.

Lloyd asked the city to not allow tractors, semis, and other large farm equipment from traveling on Auberry Grove from the four-way stop east past her store. Council Member Geoff Eads told her Auberry Grove was a state highway, and she could contact the state with her complaints.  Lloyd said she thought more street lights should be installed near her store.