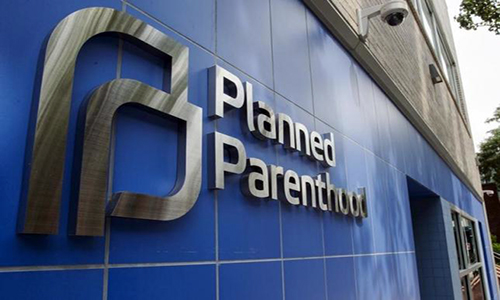 (Missouri Independent) – Planned Parenthood of the St. Louis Region and Southwest Missouri is calling for the Biden administration to intervene to block the state’s new emergency regulation that abortion advocates contend could cut off Medicaid funding for its clinics around the state.

Without federal action, Planned Parenthood said it may need to turn to the courts.

“It is the role of the Biden administration and [Centers for Medicare & Medicaid Services] to be the regulator and enforcer of those Medicaid rules,” Yamelsie Rodríguez, president and CEO of  Planned Parenthood of the St. Louis Region and Southwest Missouri, said on a conference call with reporters Wednesday.

“And just like we’ve done in the past,” she said, “we are now exploring all of our legal options.”

The rule went into effect Wednesday requiring the Department of Health and Senior Services to turn over results of all inspections of the state’s only abortion provider — a Planned Parenthood clinic in St. Louis — to the Department of Social Services.

That agency will then determine whether Planned Parenthood meets the requirements to receive funding through Medicaid, the federal health insurance program for the poor.

“In fact, it is almost exactly two years ago that [Reproductive Health Services of Planned Parenthood] took the Parson administration to court over an inspection process that was mired in political bias, medically inaccurate rhetoric, and even period tracking, just to ban abortion,” Rodríguez said.

She said it will simply make it easier for DSS to find the abortion facility lacking and allow the state to pull Medicaid funding from the other 11 centers around Missouri that don’t offer abortions.

Those clinics offer services such as cancer screenings, birth control, and STI testing and treatment.

A loss of Medicaid funding for those centers would have the greatest impact on people of color, women, and Missourians with low incomes who disproportionately rely on Medicaid for basic health care, McNicholas said.

Medicaid only pays for abortions when a woman’s life is in jeopardy. The significance of the rule, McNicholas said, is that they are expecting more scrutiny.

“That is our reality,” she said, “is that we are prepared for a surprise visit any day now.”

“We know the Obama administration affirmatively stated it was not legal for a state to eliminate a single provider based on the sole reason that they provide abortion care,” she said. “So we are going to go back and demand that those same folks at CMS and the Biden administration… help to clarify that this isn’t a process that they will let stand.”