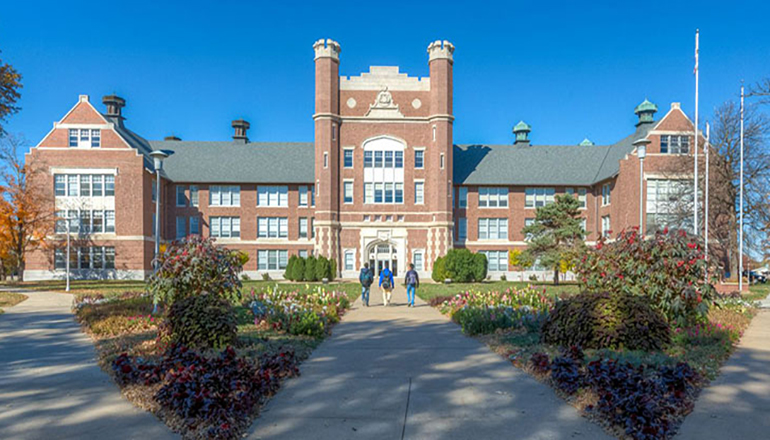 The fraternity will tour to schools throughout the region during the University’s winter break. Additionally, the ensemble will stage two performances at 2 p.m. Saturday, December 15, and Sunday, December 16, in the Studio Theatre at the Ron Houston Center for Performing Arts.

The show is open to the public. Admission is $3 cash or check, or two canned goods at the door. Children ages 2 and under will be admitted for free.  The play’s runtime is 35 to 40 minutes.

The play features Leo the Lion, Whiskers the Mouse, and their friends as they journey to the jungle to meet Lola the Doctor. The African friends learn to accept themselves and rely on love and friendship for support instead of trying to be something they’re not.

Badenell said she was inspired by the diversity of animals in Africa. She began with the idea of a mouse and a lion being friends, and the story began to develop.  “It’s like an episode of a children’s TV show, written just for kids,” Badenell said. “Every year we put on this show. We build it from the ground up, and it gives local parents an opportunity to expose their children to the life-changing art of live theatre in a safe and fun environment. I’m proud to be a part of that.”