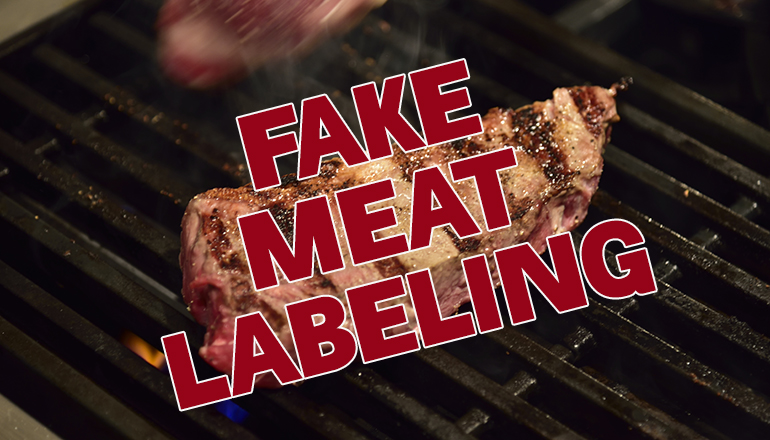 Missouri Attorney General Eric Schmitt earlier this month filed a comment letter during the comment period of a proposed USDA rule change that would affect the labeling of “fake meat” products. The Missouri Attorney General’s Office has been successful in defending a Missouri state statute that prohibits the labeling of “fake meat” products as meat.

“Missouri led the charge with the first-ever legislation requiring marketing with integrity and we expect the same from the federal government. We are pleased to have our attorney general at the forefront of this fight. As he has repeatedly said, we do not fear competition, but we have zero tolerance for dishonesty,” said Missouri Cattlemen’s Association President Patty Wood.

The comment letter opposes a proposed rule by the United States Department of Agriculture that would change labeling standards for “fake meat,” as in meat or poultry products comprised of or containing cultured cells derived from animals. The Attorney General’s Office opposes the changing of labeling standards that would allow “fake meat” to be marketed as meat, beef, poultry, etc.

The comment letter begins, “Dwight Eisenhower once remarked that ‘Farming looks mighty easy when your plow is a pencil, and you’re a thousand miles from the cornfield.’ There is wisdom in this statement by the nation’s 34th President. Farming is an ancient and honorable vocation that requires common sense, skill, and no small amount of perseverance.”

The letter continues, “Missouri’s farmers and ranchers are more than happy to compete on a level playing field with any test-tube creation that a lab can artificially manufacture. What they do find concerning is the possibility that the federal government might write regulations that would allow these lab-grown products to be labeled as ‘meat,’ ‘beef,’ ‘chicken,’ ‘pork,’ ‘poultry,’ ‘steak,’ ‘hamburger’ or any number of other terms that correctly describe the product brought to market by these hard-working Americans.”

The letter recommends that the USDA adopts Missouri’s statute as their standard.

The full letter can be found here.