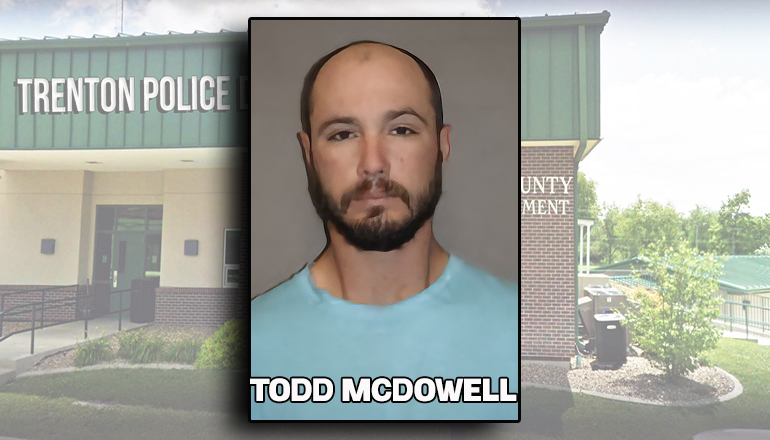 A Gallatin man has been charged in Grundy County after he allegedly unlawfully entered a residence in Trenton and assaulted an individual on November 21st.

The Grundy County Sheriff’s Office reports 31-year-old Todd Anthony McDowell has been charged with the felonies of second-degree burglary and third-degree domestic assault. He also faces a misdemeanor violation of an order of protection for an adult.

McDowell was arrested on November 22 with his bond set at $15,000 cash only. He is scheduled for the Associate Division of Grundy County Circuit Court on November 23rd.

Court documents accuse McDowell of remaining at 1101 Rural Street, possessed by Chelsi Murphy, and causing physical pain to Murphy by pushing her. It is noted she was considered a domestic victim because she and McDowell have children in common.

McDowell is also accused of violating the terms and conditions of an order prohibiting him from being at the residence.