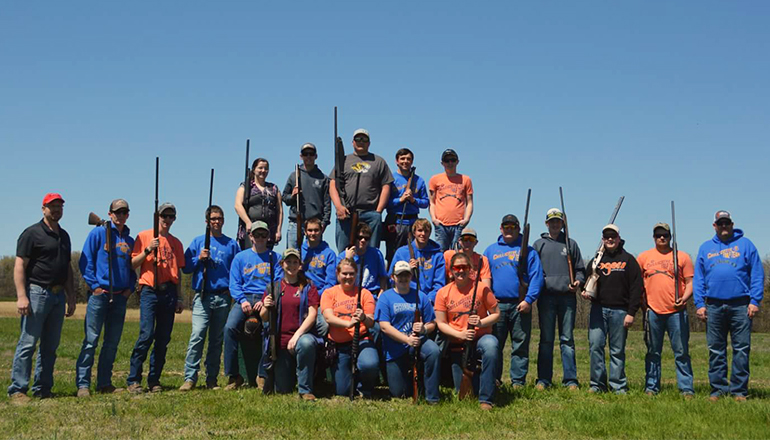 The Trap Team and Coaches expressed appreciation to the parent delegation in attendance who supported them throughout the entire year. Five Senior members, Eric Davis, Christian Reed, Peyton Hein, Austin Case and Kimberlee Roney, will graduate this year.

The final competition of the year was held at the Missouri Trap Shooters Association Range at Linn Creek, Missouri.