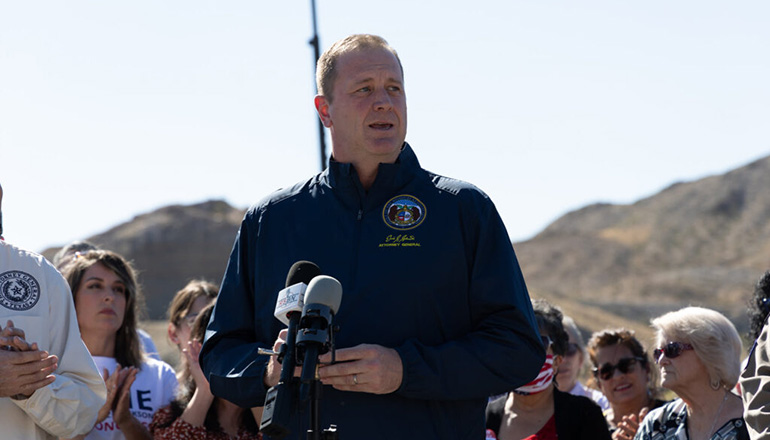 (Missouri Independent) – After vehemently defending having the state pick up the tab for Missouri Attorney General Eric Schmitt’s trip to the U.S.-Mexico border last week, Schmitt’s office clarified over the weekend that the state only covered travel costs for a staff member.

Chris Nuelle, a spokesman for the attorney general’s office, said Schmitt’s U.S. Senate campaign covered the rest of the costs.

“The campaign paid for the attorney general’s travel, the state paid for my travel,” said Nuelle, who estimated the cost to taxpayers for his hotel and flight was roughly $820.

Campaign funds are allowed to pay for official state business, such as travel. But using state money for personal or political purposes is illegal.

Nuelle had originally told the Kansas City Star that the state covered all the costs because Schmitt was in Texas to announce a lawsuit seeking to force President Joe Biden to resume construction of a border wall.

He told The Star Sunday that there had been a miscommunication that led to his original statement.

Schmitt’s lawsuits against the federal government, including unsuccessful efforts to overturn the results of the 2020 presidential election, are a key piece of his U.S. Senate campaign.

And his trip to Texas echoes the strategy of one of Schmitt’s rivals for the GOP senate nomination, former Missouri Gov. Eric Greitens, who has traveled to Texas and Arizona in recent months to garner headlines for his campaign.