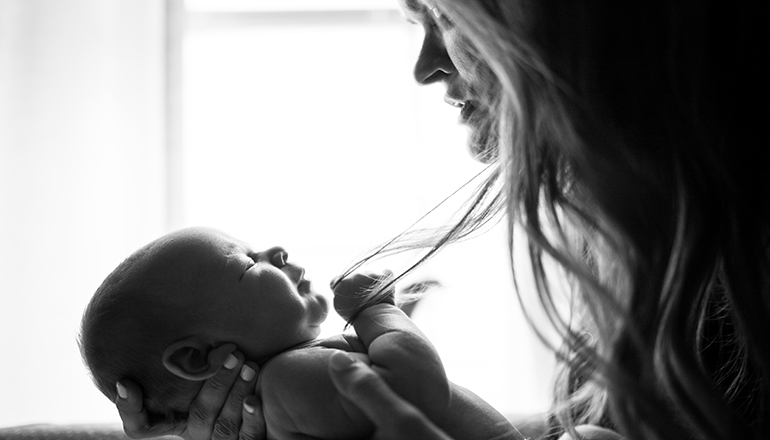 It’s a key recommendation that a state board of experts studying maternal mortality in Missouri issued earlier this year, in a state where women on Medicaid are four times more likely to die within a year of pregnancy compared to those with private health insurance. Black women are also four times more likely to die within one year of pregnancy than white women, the report found.

“​​We do have kind of a dismal record here,” Schupp said,” and we have the ability and the capability to change it.”

A large portion of mothers who, in the past, would have lost coverage soon after giving birth will now be able to obtain health care coverage thanks to expanded Medicaid eligibility. The legislation aims to help another group, who have slightly higher incomes but only receive Medicaid coverage while pregnant and immediately afterward.

The bills also seek to capitalize on a provision within the American Rescue Plan Act passed by Congress in March that allows for states to extend the postpartum coverage for the next five years.

It has bipartisan support, with the Senate Interim Committee on Medicaid Accountability and Taxpayer Protection — which both Schupp and Gannon served on — recommending in a report issued last week that the coverage be extended and funding be appropriated to help pay for it.

It has the backing of health care groups, like the American College of Obstetricians and Gynecologists and Missouri State Medical Association, who testified in support of the topic at a hearing in October. It’s also a rare point of agreement for politicians and groups on both sides of the abortion issue.

Sam Lee of Campaign Life Missouri, said research has shown that when new moms have access to care, their newborns have better health outcomes too

“A woman who has a difficult pregnancy and continues her pregnancy to term… a certain number are going to have ongoing problems because of that,” Lee said. “And we don’t think that she should be punished in any way, because she made that choice of life for her baby and herself.”

Advocates and lawmakers hope that expanding health care coverage will help reduce the number of women who die within a year of pregnancy — a figure that has been on the rise in Missouri.

According to the Pregnancy Associated Mortality Review Board’s most recent report, for every 100,000 live births in Missouri, there were 33 pregnancy-related deaths in 2018, the most recent year data is available. About 82% of those deaths were determined to be preventable.

That’s up from a rate of 26 deaths per 100,000 births in 2017, and puts Missouri at 42nd nationwide in terms of its maternal mortality rate, according to America’s Health Rankings.

“We don’t do well,” said Sen. Bill White, a Joplin Republican, and chair of the interim Senate committee. “And we want to do better, of course.”

Currently, women are eligible for postpartum coverage for 60 days if they’re enrolled in either MO HealthNet for Pregnant Women — which covers women who make up to 196% of the federal poverty level, or a little over $34,200 a year for a family of two — or the Show-Me Healthy Babies Program, which covers those who don’t qualify for Medicaid, but earn up to 300% of the federal poverty level.

The current postpartum coverage of two months covers only about one follow-up visit, said Casey Hanson, the director of outreach and engagement for Kids Win Missouri, a coalition of organizations that advocate for child well-being.

“So many things can occur to a mom in the first year postpartum, whether that be mental health issues arising or dealing with the stress of being a new parent,” Hanson said. “Oftentimes, the body has gone through major trauma and so a lot of things can pop up.”

Losing health insurance after the 60-day coverage period runs out can add to a mom’s stress, Hanson said.

Between 2015 to 2017, about 23% of Missouri women whose births were paid for by Medicaid were uninsured after giving birth, according to a March report from the Medicaid and CHIP Payment and Access Commission, a nonpartisan agency that analyzes data and issues recommendations to Congress and states.

The Pregnancy Associated Mortality Review Board’s report also found that in 2018, nearly two-thirds of pregnancy-related deaths occurred in Missouri between 43 days and one year after giving birth.

It’s unclear how much extending postpartum coverage to a year would cost. Fiscal notes have yet to be drafted for either Schupp or Gannon’s bills.

However, an estimated 6,200 women would still have incomes too high to qualify for benefits under Medicaid expansion and would still lose health care coverage after 60 days, according to a Missouri Foundation for Health brief that looked at enrollment numbers as of February 2020.

As of Dec. 2, 21 states have implemented, passed legislation to seek approval, or signaled their intention to extend postpartum coverage to a full year, according to the Kaiser Family Foundation, a nonprofit that focuses on national health issues.

Under the American Rescue Plan Act, extended postpartum coverage can begin on April 1. Gannon’s version of the bill sets coverage implementation a year later on April 1, 2023. Gannon could not be reached for comment Friday.

Lee said he hopes to see the legislation passed as soon as possible, even possibly getting funding included in a supplemental budget that is typically passed earlier in the session. Both Schupp and Gannon’s bills include emergency clauses, which would allow them to become law immediately upon Gov. Mike Parson’s signature.

Schupp also said she has worked with staff from Parson’s office on the issue, and expressed optimism that it may be included in the governor’s budget recommendations. A spokeswoman for the governor’s office did not immediately respond to a request for comment Monday.

“That would be fantastic if it started there,” Schupp said.

This year’s efforts to expand health care coverage more broadly for pregnant women follows a lack of movement from the Department of Social Services (DSS) on an expansion of mental health care that lawmakers already passed last year.

In 2020, Parson signed into law an omnibus healthcare bill that included a provision added by Schupp that would extend mental health treatment for postpartum depression or other mental health conditions from 60 days to a year for women receiving Medicaid benefits.

But the coverage has yet to be implemented.

At a Joint Committee on Child Abuse and Neglect hearing last month, Schupp pressed DSS officials for why extended coverage had yet to begin. Caitlin Whaley, the department’s director of legislation and communications, said that it was because funding had not been expressly appropriated for the new coverage by lawmakers.

“I got, frankly, different stories from the Department of Social Services about what happened,” Schupp said in an interview. “But as it turns out, they never filed a waiver” with the Centers for Medicare and Medicaid Services.

DSS did submit a waiver to federal regulators for a similar bill that lawmakers passed in 2018 extending postpartum coverage for substance abuse treatment from 60 days to a year. That coverage will be implemented at the start of next year.

Mental health conditions were determined to be the leading cause of pregnancy-related deaths in 2018, the Pregnancy Associated Mortality Review Board found. If lawmakers and advocates are successful in expanding health care coverage more broadly in the upcoming session through both legislation and funding, mental health treatment would be included.

“The time to act on this is really now,” Hanson said, later adding: “We don’t need to go piecemeal when we’re able to do it for everyone.”

(Photo by Zach Lucero on Unsplash)