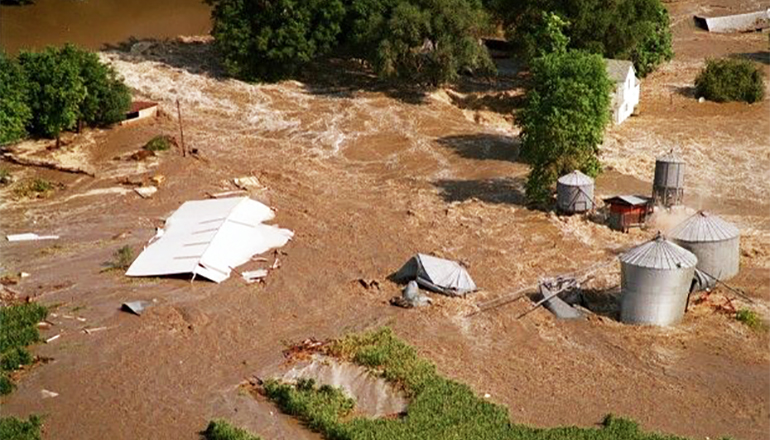 (Missourinet) – For a six-month period 25 years ago, extremely high waters devastated areas in Missouri as well as eight other states.

The late Mel Carnahan was the governor during the disaster known as the Great Flood of 1993. Missourinet affiliate KWIX spoke to Carnahan when he visited northwest Missouri’s Brunswick and urged for public support of families that had their homes flooded.

Scott Watson with the National Weather Service says the flood was highly unusual because various portions of waterways in the region were above flood stage for up to three months, and rainfall was almost nonstop.

The flood of 1993 killed 50 people and left 54,000 homeless according to the Federal Emergency Management Agency. Missouri was hit hard, as the high water left 25 state residents dead and an estimated 55,000 homes flooded.