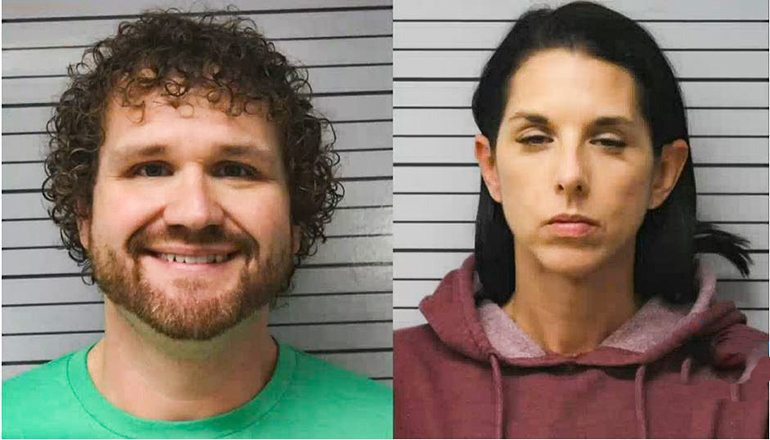 A former Butler County Coroner and his wife have been arrested for stealing from a funeral home and its investment firm in Poplar bluff.

Andrew T. Moore and his wife, Amanda are accused of stealing from Moore Funeral Home. They’ve both been charged with receiving stolen property between December of 2014 and November of 2018. Court documents show Andrew Moore was serving as the coroner for Butler County and Amanda Moore was a former Moore Funeral Home employee and employed with the Missouri State Highway Patrol during the time frame. An audit revealed that funds were used fraudulently on several occasions.

“The company discovered multiple transfers of funeral home funds for the Moore’s personal use. Our investigation, conducted in conjunction with an external fraud expert, uncovered the monies that were unlawfully converted. The company removed Mr. Moore from the partnership immediately upon these incidents coming to light. The remaining partners and staff have fully complied with a criminal investigation by the Missouri State Highway Patrol and the Attorney General’s Office. No customer funds were involved and all pre-need funeral policies remain secure. It is regrettable that such a situation occurred. We will make every effort to prevent similar incidents from happening in the future, and will have no further comment at this time out of respect to the ongoing criminal proceedings.”