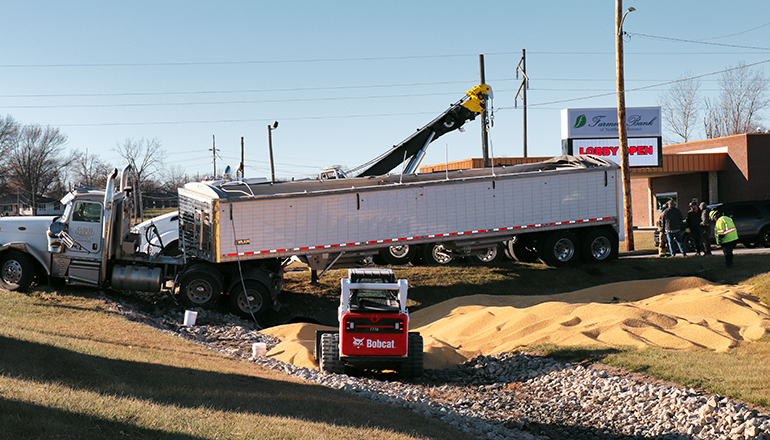 The Trenton Police Department has released additional information about the tractor-trailer truck overturning into the ditch near Landes Oil Amoco on December 28th.

Lieutenant Larry Smith reports the truck with one unit was unoccupied at the time it overturned. Aaron Bunnell was identified as the operator prior to parking it.

Bunnell advised he parked the truck at pump number 11 on the west side of Landes Amoco, and he went inside the convenience store to purchase some items. The vehicle traveled forward and came to rest after overturning into the ditch parallel to 28th Street.  Bunnell stated the parking brakes either failed after he exited the truck, or the brakes were not fully engaged.

Smith says the truck sustained extensive damage and was towed from the scene.  No injuries were reported, and no citations were issued.

G and B Farms of Spickard was listed as the vehicle’s owner.