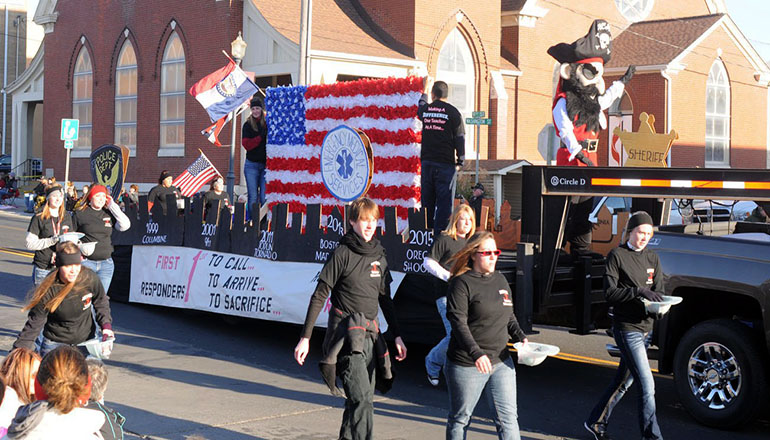 The parade begins at 8:30 Saturday morning at Main and Crowder then follows a one-mile route on Main and 9th Street, concluding for the bands at Normal Street and for the other entries at Bulldog Avenue.

Bands participating in the parade will be judged by the officials from other parts of the state as one of the evaluations during the Trenton marching festival. Others are the indoor color guard and drumline and the outdoor field show. Trenton will be the lead band in the parade, performing only in exhibition.

KTTN’s John Anthony and Dave Miles will be broadcasting the Missouri Day parade Saturday morning on FM 92.3 with an audio stream on our KTTN website.